A Cultural Opportunity Of A Lifetime

Home » Articles » A Cultural Opportunity Of A Lifetime

“The Theatre, the Theatre, what’s happened to the Theatre?” This was the burning question that Danny Kaye asked at the beginning of his “Choreography” number in the iconic movie “White Christmas.” Well Mr. Kaye I have found it and it is alive and well. The Theater can be found in Shepherdstown, WV. More specifically at the beautiful Shepherd University, right on the campus. That’s right! The Contemporary American Theater Festival will kick off on July 7th and continue through July 30th of 2017. 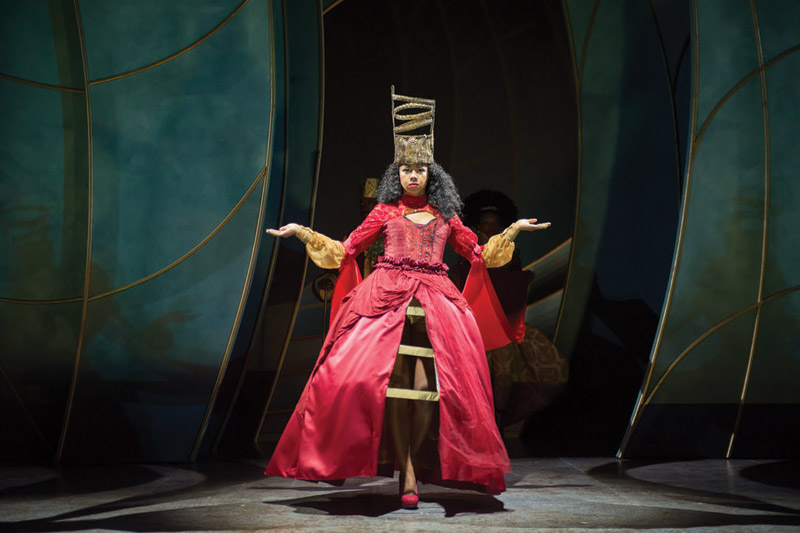 I can’t begin to tell you what exciting news this is for the community of the Eastern Panhandle of West Virginia and the surrounding areas. This proves to be the cultural opportunity of a lifetime for one and all. This is a chance to experience six new theatrical productions that as whole are a complete picture of the landscape of today’s America. Ed Herendeen founded the Contemporary American Theater Festival (CATF) in 1991.

The first and only professional production that year would be the regional premier of “Accelerando” by Lisa Loomer. This would mark the beginning of the Contemporary American Theater Festival in Shepherdstown, WV. It was after the president of what was then Shepherd College contacted Ed Herendeen for some guidance on how to launch a professional summer theater in Shepherdstown that Herendeen proposed the idea. At that time he was working as producing director at the Williamstown, Massachusetts Theater Festival. He suggested that new American plays really needed a home in which to be nurtured and to grow to maturity with an audience with a rural college campus as a backdrop being an ideal setting. And so the non-profit summer theater that would be a separate entity from the college was born. It came complete with a special contract with Actor’s Equity to allow them to hire professional talent. This is the union of professional actors and stage managers.

The theater festival has continued to grow with each passing year and has brought the Eastern Panhandle of West Virginia a plethora of talent and new professional theater experiences. Over the 27 years since its conception the Contemporary American Theater has provided the perfect venue for new play writes and plays to spread their artistic wings and fly.

It has also served to support established play writes as well, and all of this is on a national scale. This has given quite a boost to the cultural reputation of both the community of the Eastern Panhandle as well as what is now known as Shepherd University. It goes without saying that this in turn serves to bolster our local economy thanks to the large influx of people from around the country who can’t get enough of this outstanding summer theater festival. With attendees from a whopping 37 states and even patrons from several countries, the month long festival has without a doubt been a great asset to our local community not to mention our renown University.

Every year since 1991 the Contemporary American Theater Festival has added more and more professional plays to its rotating repertory with 2017 boasting an impressive six brand new productions as opposed to last year’s five productions. This is a very exciting time for the theater festival as well as theatergoers alike. Demonstrating the tremendous growth of the festival while at the same time introducing the Eastern Panhandle community to even more quality theater.

It has been the sincere wish of Ed Herendeen and all those associated with the theater festival to bring our community more theater, more choice, and more time to experience professional New American Theater while it is being created in our very own backyard. In other words, they are really extending a personal invitation to those who call the Eastern Panhandle of WV, home. “This is the year to attend the theater festival because of the opportunity for more choice and the chance to see six new plays,” Herendeen stated.

To date the Contemporary American Theater Festival has produced 105 new plays to include 40 world premieres by 77 American playwrights and have commissioned 10 new American plays. You may be interested to know that 40% of these plays have been written by women. This percentage is well above the national average. The mission of the theater festival is to produce and develop new American Theater and their vision is to provide the ultimate theater experience.

Judging by the growth and popularity of this summer theater festival, they are delivering on both counts. With their core values that include, bringing their audience fearless art, daring and diverse stories, and a profound dynamic among the audience, the artist, and the work, they strive to challenge and entertain theatergoers. With the impressive number of positive reviews that include Peter Marks and the Washington Post, The New York Times, and the New Yorker among others, the Contemporary American Theater Festival has certainly found its way on the map. They earned a spot on the “50 Essential Summer Festivals”, an article published in the New York Times and caught the eye of The American Theater Magazine by way of a praise-filled article.

Besides their 27 years of producing new American plays, they also have robust talk and think, theater programs as well. These programs offer lectures, salons, post-theater talk back, and a breakfast that meets two times a week. “Theater creates an open forum for dialog and conversation to happen,” states Herendeen. He is adamant that area theater goers are afforded the opportunity to engage, come together, and help make our community (America) think, listen, and talk to each other again. That is to say the theater wants to have a dialogue with its patrons and give them a chance to immerse themselves into the entire experience. In addition, they also feel that quality professional theater should be accessible and affordable for everyone and have made this possible in a variety of ways. They do this by offering pay-what-you-can previews which allow patrons to pay whatever is affordable even as little as one penny.

A Shepherdstown sneak peak was held on Friday, March 24th at 8pm at Shepherd University’s Frank Center that was free and open to the public. The Contemporary American Theater Festival and the Creative Arts Center of Shepherd University have and continue to enjoy a collaborative and cohesive relationship of respect and cooperation.

Ed Herendeen who is the founder and producing director of the theater festival emphasizes that “place matters.” “There are three important life decisions: where to live, who to live with, and what work they will do there.” Shepherdstown, WV has provided them with an artistic home to express their creative voice. As a matter of fact, the Contemporary American Theater Festival is deeply committed to Shepherdstown and the Eastern Panhandle because they believe that geography really does matter and for this reason they have chosen to live here year-round. I must say that our community should be both flattered and excited as a result of this passionate display of commitment to our beautiful historic region. Not only does it offer the chance to enjoy professional theater at an affordable price but it also draws visitors from northern Virginia, western and suburban Maryland, DC, and Baltimore that frequent area shops, restaurants, and hotels and Inns. This obviously does a great deal to stimulate our local economy.

The fact is that 60% of the Contemporary American Theater Festival’s audience comes from outside the state of West Virginia; it is their wish that this serve as an invitation for the Eastern Panhandle community to come to the theater festival in Shepherdstown, WV and enjoy the wonders of the cultural experience that can be found in their backyard.

So come one and all and see the spectacle that is the Contemporary American Theater Festival that can only be found in Shepherdstown on the campus of Shepherd University. This festival promises to be the best one yet in its 27 years of operation. With a repertory that includes six brand new plays that include “The Niceties”, “Welcome To Fear City”, “Wild Horse”, “Byhalia Mississippi”, “Everything Is Wonderful”, and “We Will Not Be Silent”, there will be something for everyone. The Venues consist of the Marinoff Theater, The Frank Center, and Studio 112. The rotating repertory allows theatergoers to enjoy all six performances in a matter of two days. Furthermore hefty discounts are available for all West Virginia residents for all performances Tuesday, Wednesday, and Thursday with the West Virginia Weekday discount.

The Sunday evening discount applies to performances that begin on or after 4:30pm on Sunday nights. There is also a Military discount that applies to both active duty and retired military. Lastly the Shepherdstown 6 Rep Pass is valid for West Virginia residents for performances Tuesday, Wednesday, Thursday, and Sunday evening and combines the WV Weekday price with the Sunday evening discount. I urge the members of the Eastern Panhandle community to expand their horizons and take part in the 2017 Contemporary American Theater Festival and witness first-hand what the professional theater experience looks like. What an amazing opportunity for us all.