Walking into Bella Salon and Spa in Hagerstown, located behind a bank and across busy Dual Highway from a pharmacy, feels like walking into another world.

Tammy Shindle opened Bella Salon in 2001 with four hairstyling stations. By then, she had 20 years of experience cutting and styling hair in Hagerstown, and she was ready to move to the next step of owning her own salon. Her father-in-law suggested she choose a name near the beginning of the alphabet, to help the salon’s visibility in the Yellow Pages. “That shows you how much things have changed since then,” she said with a smile. 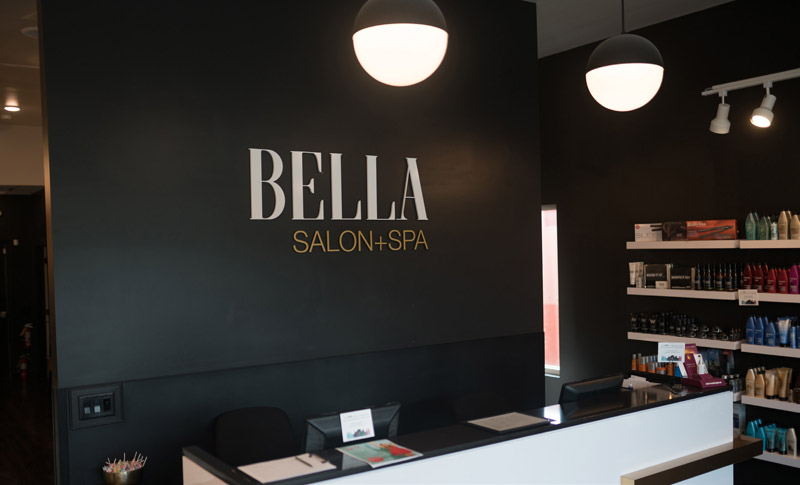 More recently, massage has joined the list of spa treatments at Bella Salon and Spa. Traditional, deep tissue, hot stone, prenatal and reflexology are all available at Bella. “As we grew, we decided to offer spa services,” Shindle said. “It’s something our customers were asking for.”

When Bella Salon and Spa opened, the business occupied one-third of a building that housed three separate businesses. Shindle’s father-in-law owned the building and suggested she open her own salon. Shindle graduated from Washington County Career and Technical High School in 1982 as a licensed cosmetologist, and had worked her way up to salon manager at another salon. Located on the other side of the building was her sister-in-law’s travel agency.

A year after Shindle opened her salon, the third tenant moved out, and Shindle decided to expand into the middle area, allowing her to expand her offerings. As her business grew, she added more services. About six years after her first expansion, Bella added a second story to the salon, with a locker area and offices for employees. Two years ago, Shindle’s sister-in-law decided to move her travel business to her home, and Shindle and her husband Keith decided that was the perfect time to expand the salon and spa business even more. They now own the building, and Keith served as the general contractor for the expansion.

“It was a very long process from planning to execution,” Shindle said. The salon is a Redken Elite salon, and Shindle worked with Redken to plan a new color bar for hair coloring. She worked with Peter and Tess Millard, salon designers from New York, to design the new salon. Norm Marin served as the architect.

“They took into consideration what I wanted to exemplify,” she said. “I love black and white, but I didn’t want it to look stark. I wanted it to be comfortable and open.” Gold mirrors and touches of color among black and white furniture and decorations make the salon feel warm. Shindle worked with Leidig Woodworking to design the retro styling stations. There are 18 styling stations and six shampoo stations, which Shindle said the salon desperately needed.

Before the renovation, the salon had three shampoo stations, and there were occasional backups. “We call it the Lather Lounge,” Shindle said with a laugh. The color bar has plug-ins for clients to charge phones or laptops while their hair color sets. “I wanted to make it very special for our guests, a place for them to relax and read. It’s bright and fun.”

The salon closed for a week in early June to complete the last of the renovation. “There was no way to do it without closing,” Shindle said. Construction was finished and the retrofitted salon opened in mid-June. There is still some lighting and other minor work left to do, but the renovation is finished.

There will be a grand re-opening on Saturday, Oct. 6, around the salon’s 17th anniversary. Visitors can see the new spa area, which features an elegant design and soothing, relaxing music, different from the more upbeat music in the salon area. There are two rooms in the spa section, one for massage therapy, and one for facial treatments and waxing.

Bella has 30 full- and part-time employees, including support staff, assistants and desk staff. That’s a long way from Shindle and Renee Doub, who came to the salon with Shindle when she opened her business. Doub is now salon and spa manager. “I don’t have a lot of turnover,” Shindle said. “We all really care about the guests, not just about hair but we want them to feel good about themselves, on the inside and out.”

Shindle’s sister, Christy Turner, serves as the salon and spa director, as well as marketing and social media director. “I’m more creative, and she takes care of the IT [information technology] and marketing,” Shindle said. Bella is part of Summit Salon Business Center, a salon consulting company which offers training and specialty service tips. “This is not just a job,” Shindle said. “We have goals, and they help provide the education.”

Shindle enjoys being able to give back to her community. The salon has donated to Breast Cancer Awareness — Cumberland Valley. The salon also sponsored a room at Doey’s House, for Hospice of Washington County patients. “Our dad had Parkinson’s Disease, and we sponsored a spa room in honor of our dad,” she said. “It’s beautiful.”