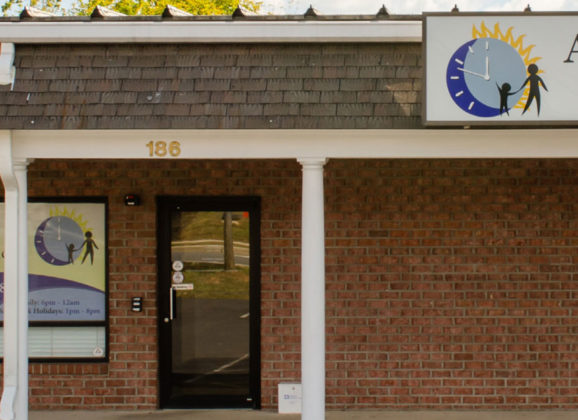 By Crystal Schelle HAGERSTOWN — The names are different but the scenario is often the same: Bobby seemed fine when he was sent off to school, but now it’s after dinner and he’s complaining of an earache and is starting to run a fever. A parent has to make a decision: Is it bad enough to spend hours in the emergency room or in urgent care? Likelihood there isn’t a pediatrician on call at either who were trained to deal with the ailments of children. And it’s exactly because of that struggle is why After Hours Pediatrics in Hagerstown opened. Pediatrician Dr. Anand Budi, a founding member, managing partner and medical director of the business, always had the dream of having a space to treat pediatric patients separately from adults. He had been working in Hagerstown since 1998. He was required to serve an underserved area in order for the New Delhi, India-born Budi could obtain his green card. He said he thought he would be in Hagerstown for three years and then move on, but he found himself invested in the community. That’s when Budi decided that as “a group of pediatricians, we should help the kids in the community by providing the right care and keep the cost of medical care as low as possible for not only the families, but also generally speaking for the insurance companies as well.” In 2009, Washington County Hospital received a new name as Meritus Medical Center and was moved to Robinwood Drive. Budi served from 2009-10 as Meritus’ chairman of Pediatrics. With the new location, he said, the emergency room had tripled in size. His hope was with the larger space, he could have not only have designated pediatric beds for children that were separated from the adults but be staffed by pediatricians who specialized in treating children. “That way we take care of pediatric patients and they don’t get unnecessary X-rays or antibiotics, lab work and blood work,” he explained. The idea, too, was to allow ER doctors to focus on what he called “real emergencies.” In fact, Budi researched the impact during a five-year period. At that time, he said, the medical center was getting about 88,000 medical visits total, which increased significantly with the new hospital. Budi explained of those visits, 10 to 14,000 were pediatric patients, and 75 percent of those patients would present the same thing they would at a pediatrician’s office like a cough or cold. With all the time and effort Budi had invested into the idea, he said he decided to “put my money where my mouth is” and started looking for a facility to open up his own pediatric urgent care. He said he made a special point to talk to all the pediatric doctors in Washington County, Md., to ensure them that the urgent care would not be taking patients away but offering care to them when the pediatrician offices were closed. The reason was that Budi’s research showed that most of those pediatric cases that arrived at the hospital before midnight and often after the offices were closed. “We thought we could bridge that gap and take off the brunt from the ER,” he said, noting that there were three urgent cares at the time. After Hours Pediatrics, off of Eastern Boulevard, opened on Sept. 15, 2014. To staff, he partnered with two other pediatricians as well as got to other pediatric nurses and doctors to fill in the hours. Budi said in the first few years it was a financial struggle, one reason being he made it a point to pay a higher salary to the doctors and...

By CRYSTAL SCHELLE Three years ago when Jennifer Kearns first enrolled her sons, Mikey, 13, and Timothy, 11, into the program at Horses with Hearts in Martinsburg she had to cajole them into getting ready for their lessons. That quickly changed when they connected with the horses. And today, Jennifer said, the boys are usually ready and waiting for her to take them to the lessons. Kay Barkwill, along with Cathy Dodson, started Horses with Hearts. Barkwill oversees administrative duties while Dodson is the lead instructor and is a certified therapeutic riding instructor. The organization is a nonprofit therapeutic riding program for children as young as 3 years old and adults with special needs. Horses with Hearts, which has been a 501(c)(3) since 2006, has helped hundreds of those with disabilities grow their confidence. “Our motto is to create a smile, grow confidence and change a life, but our mission is to make sure every person knows they’re a person of great value. That’s our core,” Barkwill said. Barkwill explained that therapeutic riding provides a recreational activity for individuals with special needs. “Our job is to find a way to adapt the situation so they can ride,” she said. “They have to have a documented special need whether that’s physical, mental or emotional. And with that, we have safely mount, maintain and dismount them on and off the horse. So even if they have a documented special need but physically I can’t safely mount, maintain and dismount them, I... 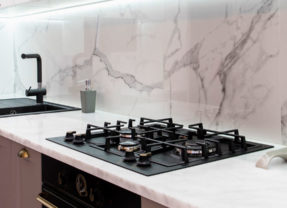 Over the years of working with customers, I have found that not everyone has an unlimited budget. So here’s a few tips on how you can make a few changes in your kitchen to give it a refreshed look and update its style. First of all you need to have your cabinets evaluated by a professional. Once you know that your existing cabinets are of good quality you can then think of in expensive... 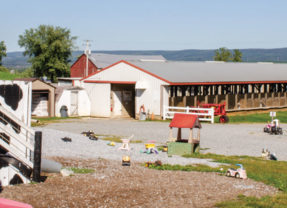 By: Beth Vollmer South Mountain Creamery began when Randy and Karen Sowers began farming in 1981, by renting the land and taking out a loan to buy 100 cows. In 1987, they purchased the 100-acre farm and by 2001 they established their farm-dairy processing plant, the first in Maryland. Currently, the Sowers family owns and farms 2,200 acres, milks 550 head, raises over 100 beef cattle and 16,000 laying chickens. Three generations happily work... 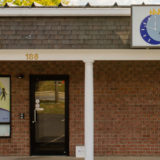 By Crystal Schelle HAGERSTOWN — The names are different but the scenario... 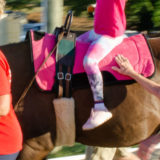 By CRYSTAL SCHELLE Three years ago when Jennifer Kearns first enrolled her... 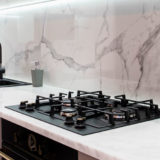 Over the years of working with customers, I have found that not everyone has... 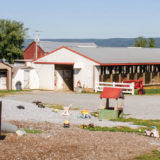